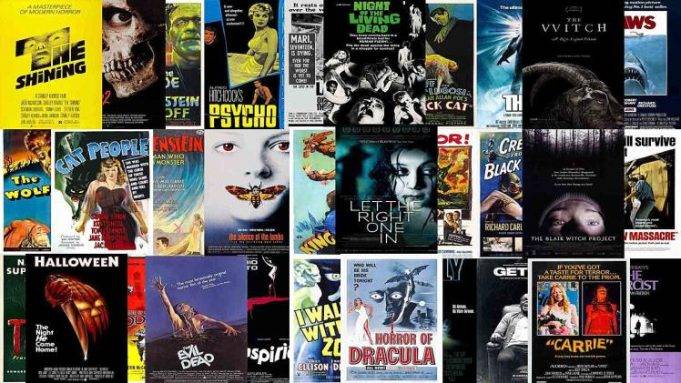 There’s no logic or reason as to why we enjoy being frightened, but there is nothing better than curling up with an old-fashioned horror film. There have been innumerable classics over the years that have terrified us as though we were seeing them for the first time. However, there’s nothing worse than spending your time on a horror movie that isn’t as terrifying as you thought it would be. We have put up a list of horror movies that will leave you shivering from beginning to end in order to spare you the let-down! Here are some of the best horror movies for you to watch. Horror movies are usually a great thing to watch at the cinema, but if you’re looking for your own way to create that cinema like experience, then your best option is to watch these on a large screen TV mounted to the wall, for professional TV wall mounting services, click here.

Everyone has heard the tale of Stephen King’s “IT” murderous clown. When the film was redone in 2017, it only became even more terrifying. The main character of the film is a terrifying shape-shifting creature that preys on children’s terror every 27 years and generally manifests as Pennywise the clown. The “Losers Club,” a group of seven mistreated kids, decides to confront their anxieties and stop the evil clown. It’s safe to say that some of “ITs” greatest moments may be attributed to the visually stunning effects, which effectively convey the film’s spooky atmosphere. The monster’s capacity to transform reality into an individual’s darkest nightmare makes for some interesting scenes, and some of the best this genre has seen yet.

After moving into their new house, Renai and Josh’s kid abruptly enters a coma, which causes them to suspect something is amiss. After a series of unsettling, strange happenings, they decide to leave their home since they believe it to be haunted. They decide to seek assistance from a psychic when similar occurrences continue at the new home. The psychic informs them, to their horror, that their son is not actually in a coma but that bad spirits are exploiting his body to access the physical world. From the moment it debuted in 2010, this scary film became a timeless masterpiece. Many of the scenes in this film have the impression of being real-life nightmares. This is definitely one of the best horror movies and has a different array of newer movies that are also available to watch.

Amelia Vanek, a sad and worn-out widow who lives in Adelaide, Australia, has raised her six-year-old son Samuel by herself. Oskar, her late husband, was killed in a collision that happened as he was transporting Amelia to the hospital when she was in labour. Sam starts acting strangely; he starts having trouble sleeping and gets fixated on a monster he has created weapons to combat. Sam delivers one of the guns to the school, forcing Amelia to pick up her kid. Sam requests that his mother read Mister Babadook, a pop-up storybook, one evening. It portrays the Babadook, the book’s title monster, as a towering, pale-faced humanoid with taloned fingers who torments its victims once they learn of its presence. Sam grows persuaded that the Babadook is real, while Amelia is frightened by the book’s enigmatic appearance. Amelia frequently has insomnia as a result of Sam’s obsession with the Babadook while she attempts to console him. Strange events continue to occur throughout the movie which leads to the Babadook getting stronger. This is definitely one of the best horror movies.

This is highly recommended as one of the best horror movies, again with multiple movies as a box set, this is a great movie to get under a blanket and enjoy, with the first movie debuting in 2007. Katie now thinks the same spirit that caused her grief in the past—a naughty spiritual presence from her youth—has caught up with her and her lover Micah. After rejecting vital advice, Katie receives from a “paranormal specialist,” Micah begins to use his new video recording equipment in an effort to gather recordings elucidating what this enigmatic entity may be and what it seeks as he begins to believe they may not be alone in their home. This movie is a chronological collection of what that camera caught in Katie and Micah’s house, with each night becoming increasingly crazy terrifying.

Thanks for reading our list of the best horror movies, we hope you enjoy the movies listed above! Other notable movies include, World War Z, Us, Spree and Old.

What Car Has Stars in the Roof?