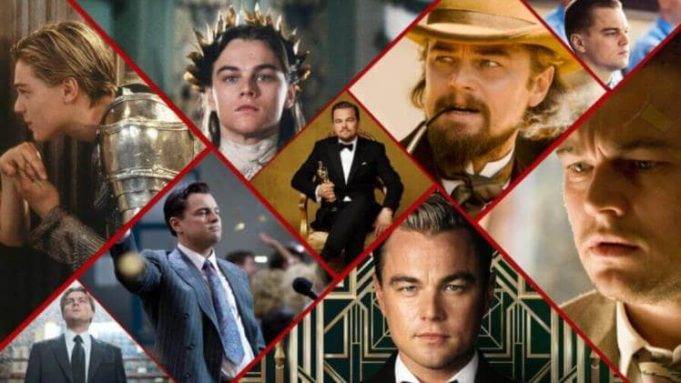 From Titanic to Once Upon a Time in Hollywood, Leonardo DiCaprio has a fantastic long list of movies that he’s starred in over the years, despite only getting his first Oscar award in 2016 for his role starring in the Revenant. DiCaprio has been nominated a further five times for an Oscar award despite falling short in his other attempts, Leo is widely regarded as one of the best actors of his generation and maybe all-time, playing a role in many movies that have become classics. If DiCaprio is one of your favourite actors of all time, and maybe you’re debating which of his movies are the best or you’re looking for the next one of his to watch, then don’t worry we’ve got you covered, as today we list some of the best Leonardo DiCaprio movies. The best way to watch these movies is by far on a large screen TV mounted to the wall, for TV wall mounting services, click here.

This is a 2019 picture directed by the great Quentin Tarantino, who’s worked with DiCaprio on multiple occasions, with both seeming to have mutual respect for their accomplishments in the film industry. This classic also has other great actors such as Brad Pitt and Margot Robbie. The movie is set in LA in the 1950s, as movie star Rick Dalton stars in a western TV series, Bounty Law, however, the series falls flat on its feet. Worried about his career falling off Dalton and his stunt double and best friend played by Brad Pitt, Cliff Booth, with his pit bull, is a hard-headed, war veteran who does all the dangerous stunts for Dalton in his movies. Dalton finds a new role in a series, however, his stunt double isn’t needed, with leaves Booth in a boring situation, fixing up Dalton’s house and picking up a hitchhiker and taking her back to the set of Dalton’s new TV series, however, Cliff is welcomed by a bunch of hippies, who’ve punctured the car tires of Dalton, leaving Cliff to fight with the hippies and making them apologise. After Dalton finishes his successful time shooting, he takes a new role in Italy for 6 months taking a booth with him, and when they return this is when the real drama happens. Dalton and Cliff go out for a few drinks and Cliff is walking his dog later on at night, when he chooses to smoke an LSD cigarette. Returning to Dalton’s mansion, the hippies who once fought with Cliff return to Dalton’s house, claiming Hollywood taught them how to kill, however, it does not call for a good ending for them. This dramatic movie is rather long and takes a while to get into the story, but it’s definitely one of the best Leonardo DiCaprio movies.

Jordan Belfort is a flamboyant, risk-taking stockbroker on Wall Street who gets money by tricking others into purchasing stocks. He flaunts his wealth by living a life driven by drugs and parties, eventually attracting the attention of the FBI. The role of Jordan Belfort, played by actor Leonardo DiCaprio, is based on a real-life businessman. Along with Leo, the film also stars several other well-known actors, like Jonah Hill, who plays Belfort’s eccentric business colleague, and Margot Robbie, who plays his wife. Given that the film runs for more than three hours, there is enough material for viewers to get lost in as well as have a good laugh at some of the antics in this movie. This is a hilarious movie which is unusual but definitely one of the best Leonardo DiCaprio movies.

This is a historical romantic drama, based on a 1925 novel, where a mysterious man, named Gatsby throws many parties in his wealthy mansion where no one knows how he’s got the money, with many secrets about Gatsby lingering. In 1929, New York, Bond-seller Nick Carraway, who is under treatment for depression and alcoholism, is urged to write a therapeutic narrative of the events that led to his admission by his psychiatrist. According to Nick’s notebook, seven years prior, he had relocated to a little cottage on Long Island that was next to the lavish estate owned by his mysterious neighbour, the opulently wealthy Jay Gatsby. After attending one of Gatsby’s infamous parties, Gatsby asks Nick to set up a meeting with his cousin Daisy, who is now wed to the boorish and adulterous Tom Buchanan, who was Gatsby’s real love before serving in the military. As Nick complies, he realises that Gatsby, who was once a poor child, has reinvented himself as an intriguing billionaire just to get Daisy back, but the circumstances of the time have changed. All is revealed one sunny and drunk afternoon which leads to an unsuspected ending. This drama is definitely one of the best Leonardo DiCaprio movies and makes it on this list.

Thanks for reading our list of the best Leonardo DiCaprio movies, other notable nominees include: Titanic, Shutter Island, Don’t Look Up, Django Unchained and The Departed.